Ok so not that many great things happened, but stuff happened.

And generation X did their part to bring the boat a little more close to the shores of a dhinchak hoverboard-ing future.

And now cut to the present!

This is Generation Z, people born around the year 2000. A new world, a new society!

So what is the younger generation is doing at the moment for the same dhinchak future? Well the first thing we believe it has started,  is to cover the basics.

A new mode of communication – the internet.

And with that, new ideas, new thoughts, new geniuses and new uhh mistakes?

Here are 30 common words from millennial lingo that may help you to understand what those little runts are gibbering about over the internet.

There is just no way you have not heard of this word.

Pronounced as “meems” – it is nothing but a funny picture with a funny message on it passed around on the internet with slight variations. 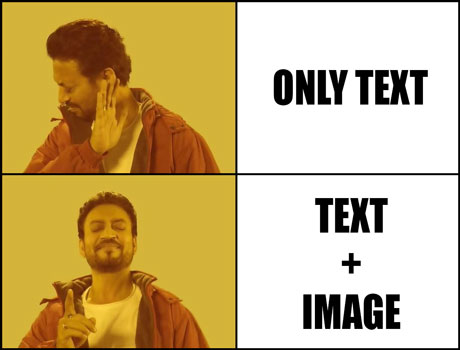 Short form of the word “Babe” and is pronounced as “bay”. It denotes someone’s boyfriend/girlfriend.

It was even the runner-up for Oxford Dictionaries 2014 Word of the Year. The word VAPE was the winner by the way.

Kinky stuff ahead…Thicc (read: thick) is a term usually to denote in a sexually suggestive manner or once in every blue moon as a humorous one as well.

It means a person with full figured body, usually women with large behinds.

A popular term among youtubers, woke is a word taken from Afro American Vernacular English, wherein awake is called woke.

Headass is basically like – “dumbass” or “numbskull” or “bonehead” or “duffer” or “dunce” or “halfass” or “stupid” or “idiot”.

So what was wrong with the others?

They were getting old!

From Hilarty Clinton to our very own Virat Kohli, you must have seen people covering their heads with their arms which are positioned like the guy is posing for a statue…

That’s dab, it’s a dance move basically, or a stance of the dance. It’s mainly used to denote superior passion of the user.

Ok so what other hysterically weird details we are missing out here? Head down to the Fun Fact.

Did you know? Dabbing is banned in Saudi Arabia and doing it can get you arrested.

Abdallah Al Shahani, a TV host was arrested for “doing the dab” while performing at a music festival in the city of Taif in Saudi Arabia.

A footballer playing for the Saudi club Al Nojoom got into trouble for dabbing during a match. This even let to outrage on social media.

So why was it banned?

The Saudi Interior Ministry’s National Commission for Combating Drugs said that this posture encourages the use of cannabis.

Puzzled? We told you this one’s weird!

Unsult is when you insult someone but the insult is hidden in a compliment. This word takes its origin from a, The Simpsons episode called, “Father Knows Worst”.

The disguise can either be subtle or pretty obvious.

Do you know how many times a regular teenager swipes his or her mobile screen per day?

That’s like almost every moment spent using the phone. Maybe because of FOMO.

Fear Of Missing Out, is an actual thing slowly evolving into a full fledge mental disease wherein people find it hard to put down their gadgets in the fear of missing something “important”!

When something, usually a statement, provokes a negative emotional response in someone then that person is called triggered.

To say something pretty normal but somehow it offends people enough to bark back suddenly, then that’s triggering, not if you say something hurtful to begin with!

“Yeet” started in 2014. And what does it mean? Well, it means anything exciting or fun. It’s more of an expression than a particular word.

Yeet is said or exclaimed to denote excitement, joy or a funny surprise.

Sort of like “Bazinga!” from The Big Bang Theory.

Pretty lame sounding to us though.

Two men who are too close in their friendship but it is not a physical closure, just relying on each other for almost everything would be called a bromance between them. 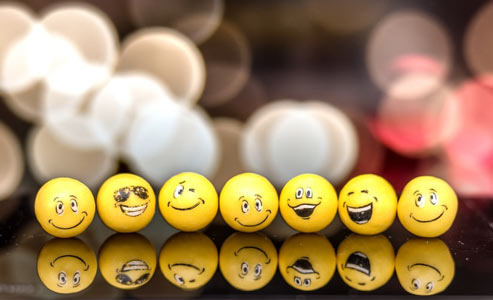 You must be puzzled by these two as well, well there is one distinct difference between the two, emojis are small glyph like pictures, used to denote expressions, mood or activities.

Emoticons are text and symbols on your keyboard, typed in such a way that they bring out an emotion, like these –  :D,  ;P, :0, 🙂 etc

On twitter, world emoji day is celebrated every July 17, since 2014.

Wherein the emoji of the year is crowned along with some new emoji related product releases and emoji events organized.

Remember how you and your younger brother found out about the word “gay”. And then started calling it to each other and then one of you got a bit mad. And then yelled “I’M NOT GAY!” to the whole house!

Kinda like that…no homo is a suffix, to a sentence that is filled with the vibes of some homo sexual implications, used to negate any such implications by the user.

Mostly used in online forums, shitposting is when someone is purposefully posting aggressive, ironically trollish entries in order to derail the site experience for everyone!

Sabotaging the forum for some reason is basically what shiposting is, like interrupting your opponent in political debates.

And speaking of trolls…

Digital bullies of an online forum, their main job is to be a prick to people around them. Posting emotionally aggressive content in order to fish for a chaos or propaganda. Or just to plain hurt someone’s feeling.

Did you know? A study found that Internet trolls tend to have personality traits related to Narcissists, Psychopaths, and Sadists.

In the Sep 2014 issue of “Personality and Individual Difference”, a study done by Canadian scientists, among 1200 people with Dark Tetrad Personality Test, to find out who’s what.

The Dark Tetrad or Triad refers to the personality traits of narcissism, machiavellianism, and psychopathy in an individual.

The more someone has bigger Tetrad number the more he is regulated by darker psyche and the ones with this high Tetrad number said they loved trolling on the internet. So yeah.

Keyboard Warriors are your digital version of “all name, no game” kinda people.

In online forum people who post aggressive posts who wouldn’t even dare to think about picking a fight or standing their ground in real life, are called thus.

Pretty self explanatory, these are the less sophisticated versions of arm chair philosophers.

Lit means nothing else but something or someone being extraordinarily awesome.

However the latest barrage of memes have sort of given this word a satirical meaning, if someone is lit af, it may also denote an unsult!

Family! A shortened term of the word family.

Or a group of people or just a singular person on someone you can trust and call a groupie! That’s fam y’all.

Salty is when you act up on small issues. Like those people, eh, what do you call them…yeah kids.

If you are bonkers over little matters, you are acting a bit salty.

A complete reversal from Throwing Shades, shots get fired when you call out someone on their bullshit out-rightly without any pretense.

It is derived from warning shots, a term from military warfare.

After the popularity of Tinder, an app devised to find people dates, when you swipe right on someone’s profile it means you are interested in them and with a left swipe it means the opposite.

So if you decided to go to a tea stall instead of some burger joint some night and the tea is great you could say, “I am glad I swiped right for this place tonight!”

Fun Fact: A man found a tinder date in the frozen Antarctic tundra

In the cold nights of December, 2013 an American scientist stationed in McMurdo uh Station, used the tinder for fun and curiosity and almost instantly found another scientist camping just 45 minutes plane ride away from him.

They both swiped right and the rest is trivia.

Bounce or sometimes said as “Bizounce (read:bee-zounce)” is to exit a location or a situation when it starts to get boring or troublesome.

Repeat after us: “This party sucks yo, I’mma bounce now and go get me some lit af reads from NoStoryLeftBehind.com, ya hear me?”

We are getting good in this ourselves!

An emphasis on the word “Damn”. It works as an expletive like “Whoah!” but more uh, street like.

Fleek is an annoying sound and nothing else, its technical definition however is “on point”.

Usually school children use it online to showcase their focus or life choices or something.

Look as one adult to another don’t use this one especially when fighting a school age kid online. Curse like a sailor and then remove your Ethernet cable before he can retort, like all the other adults.

Reaching is used to denote that an idea that is being presented is overdoing on an assumption.

Gal 1 : “I know I am reaching here, but doesn’t the janitor look like the murderer from the news?”

We still find some people wondering among themselves why do kids keep saying cool? Are they ill?

Oh boy, they don’t know the world moved on from cool so long ago.

Rad is now the new cool!

Cringelord means someone who makes people feel embarrassed or ashamed with his/her antics.

Girls aged around 9 to 14 years old, too old for toys and too young for dating.

We hope you had if not lovely then at least an interesting experience into knowing how the next generation likes to think and forms ideas and splurts them out.

And with that, let’s roll out, ciao.