You enjoyed the party last night and drank till you couldn’t anymore. And since then, you’ve had a terrible hangover. So, what’s new? And now, if your hangover still hasn’t left you as you read this, then I’m sorry to say there’s more bad news in store for you.

If you thought there’s a magic cure that can get you back to normal without any signs of the previous night, sorry there isn’t anything like that. But here we present a few tips that can help soften the blow.

We don’t know how they work or why, but they do–at least most of the times. They’re pretty easy to follow, so why not give it a shot? Read on to find out how you can cure yourself of a hangover using these 10 offbeat methods.

1. Beer AKA hair of the dog

According to Homeopathy, something that causes a problem can also cure it. This is something like that except with the difference that it works.

You see, you experience unpleasant effects as your alcohol levels drop so when you slightly raise the levels with a beer you start feeling better.

After drinking heavily, one sleeps very poorly. Though alcohol can help you sleep quickly, as its effect wears off, you’re awake again. If your body is deprived of sleep, it can worsen hangover symptoms. So, the best cure for a hangover is to sleep well. It will get rid of fog in the brain and aches all over the body.

Fun Fact: The game of Chess cured an Indian village of Alcoholism.

Step aside AA, there’s a new kid on the block.

Marottichal, a village in Northern Kerala suffered from the usual epidemic of alcohol addiction. However for some reason when introduced to chess the whole village started to seek the right kind of addiction…of the game!

Unnikrishnan, the man who introduced the game to the village says, “Chess helps us overcome difficulties and sufferings. On a chess board you are fighting, as we are also fighting the hardships in our daily life.”

When you have a hot bath, you will naturally eject some of the toxins with hot water by perspiration. So, to make up for this water loss, drink a lot of water before and after a hot bath. 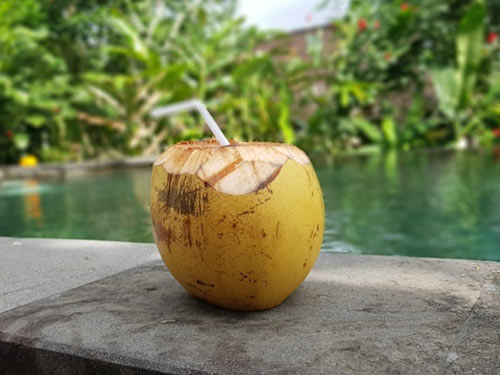 When you drink, you lose a lot of vitamins and electrolytes, which you can replenish by drinking tender coconut water, which is rich in electrolytes such as potassium. It also keeps you hydrated.

Besides, drinking liquor keeps your stomach acidic, something that coconut water can easily rectify. If you consider alcohol an acid and the water from a coconut as a base, the latter works to negate the effect of the acid. This stops you from experiencing that rolling feeling in the belly.

When you’re dead drunk, your brain is completely dehydrated. So, your first duty to yourself is to re-hydrate your body. While water is completely reliable when it comes to re-hydrating the body, it’s power drinks like Gatorade and Powerade that can be seen as quick fixes for a hangover.

These sports drinks are rich in electrolytes i.e., potassium, sodium and chloride. They work to replenish the body with the required number of electrolytes, besides which the sugar content in these drinks gives you the necessary carbs for energy.

Pro Tip: Do not take Paracetamol for Hangover headache as it can cause Liver damage

While Paracetamol is a very effective medication for a headache or fever, taking it for hangover related ailments is not a good idea.

When you take Paracetamol it is broken down by Liver enzymes into various byproducts. These byproducts include a toxin called NAPQI which is harmful to the liver in high doses. To remove this toxin the liver produces an antioxidant called Glutathione.

When you mix Alcohol with Paracetamol it adds more workload to the liver which makes the removal of toxin difficult. This can cause severe liver damage.

If you’ve got someone to give you one – great! If nobody’s around you can self-massage too. It is said that a scalp massage enhances the production of serotonin, a chemical in your body that improves your mood and soothes you. 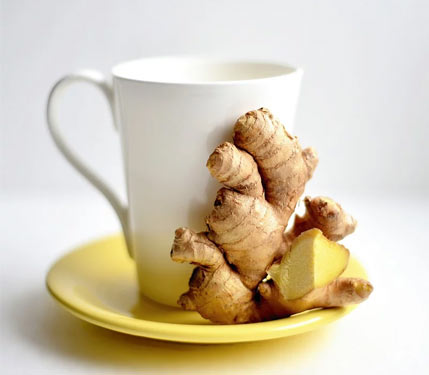 Ginger is well-known for bringing about relief in cases of motion sickness and nausea. It also helps digest alcohol, thereby soothing the stomach and bringing about the much-needed relief.

Fun Fact: Auto-Brewery Syndrome is a medical condition where the body produces its own Alcohol.

Although we’ve called it a Fun Fact it is far from it. Imagine being drunk and hungover all the time whether you want or no.

If you have Auto brewery Syndrome, then every time you consume carbs or sugar, your digestive system turns that into alcohol. This is caused by a type of yeast called Saccharomyces cerevisiae that ferments carbohydrates and sugars into Alcohol.

People believe that by eating a full cooked English breakfast of bacon and eggs, they can successfully shake off a hangover. And it’s true. The scientific evidence behind this is that eggs contain an amino acid called Cysteine that helps break down acetaldehyde, which is main reason for a hangover. Bacon also contains amino acids which can be of help.

However, if food is to be eaten as relief for a hangover, it should be done before you start drinking since it retards the absorption rate of alcohol, so you get intoxicated far slower than usual. The morning after, you could help yourself by eating a couple of slices of toast with your breakfast. This works wonders because a hangover elevates your blood sugar levels which carbs can successfully bring down to normal.

Fun Fact: Before 2013, Beer was considered a soft drink and not alcohol in Russia.

As a soft drink it could be sold in all stores and was available round the clock. You could even drink one while at the park or while walking in the street!

However, it changed when the then President Dmitry Medvedev signed a bill that changed its categorization as an alcoholic drink. This move was a part of several other measures to counter growing alcohol abuse in the country. 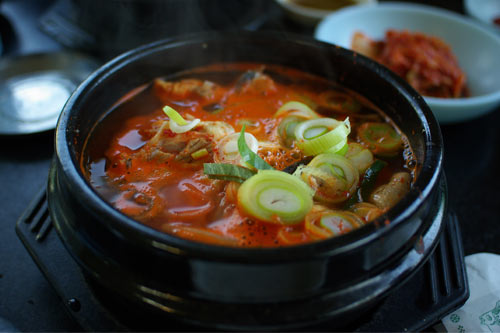 Among the many soups, the Haejang-guk soup tops the list for being a cure for hangovers. In fact “Haejang-guk” literally means “Hangover soup” in Korean.

The best way to beat a hangover is before you start drinking and not after. And it isn’t very hard — just make sure you eat before you drink and for every glass of booze drink a glass of water. Never ever drink on an empty stomach.

And if you’re having too many hangovers maybe it could be time to seek help.