A Look at The Many Types of Vegetarians in India – Which One are You?

Vegetarian diet has changed, by a lot. And it’s spreading, fast.

Why? People are trying to undo the years of fast food blessings that’s now dissolved in everyone’s DNA.

So many different types of Vegetarians have risen in the past five years. And today we are about to find out exactly what kinds are there?

To this day nobody knows for sure, if this type of vegetarian diet is an actual vegetraian path to divinity or just some sickened genius who nudged it in the community once to exact revenge and it caught on.

A fruitarian can be distinctly known among regular humans since he or she sustains his/her life through only fruits.

Fruitarian, an extension of the vegan way, doesn’t allow for anything meat, dairy or even vegetation related product to be consumed. They only eat fruits, and even that has conditions, like naturally fallen fruits are ok, fruit with seeds are not and grains are a huge No-No.

However this diet disturbs your internal construction fatally, since it has nothing “fruitful” to your body’s nutrition quota. No Proteins, no calcium, no zinc, no fatty acids which are all very important to live.

Fun Fact: Mahatma Gandhi and Steve Jobs, among many others were followers of the Fruitarian diet.

And boy did it not go well for them!

Gandhi did it for five years before letting it go for health reasons. It is thought that Steve Jobs’ love for this particular diet cost him his life. Hollywood actor, Ashton Kutcher followed the same diet while preparing to play Steve Jobs in the movie “Jobs” and had to be hospitalized with pancreatic problems. 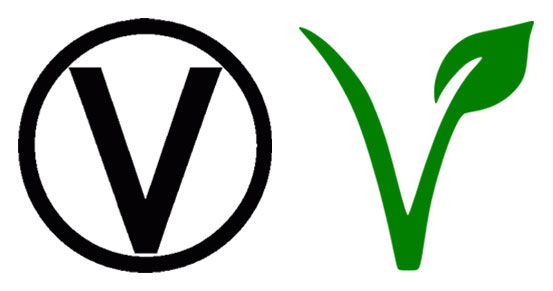 Veganism is technically historically registered to have started in the olden times, when religion was just getting some final touches to enter the world. However, nothing starts truly unless it starts on social media. So the real date of veganism’s birth is the latter parts of the 2010.

Vegans consume nothing that has even a minuscule essence of animal parts, even dairy products, since they are against the animals being seen as a commodity.

So it’s an idea, not just food preference. When you go vegan, you don’t just eat the rightest way, you become the rightest. 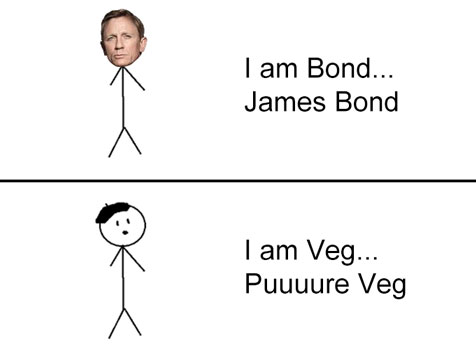 A large number of humans, after following the  religious tradition of starving themselves off of the good stuffs, to make the world a better place for…uh…canaries, the birds and the bees maybe, they decided you know what, let’s cut some slack on this thing now.

Lacto vegetarianism is when you eat anything of the vegetation, fallen naturally or not, grains or not along with milk and dairy products as well. Just no eggs or meat.

Fun Fact: India has more vegetarians than the rest of the world combined.

Surveys conducted by various Government agencies have estimated that around 23%-37% of the Indian populace is vegetarian. However, these figures are controversial but despite that India still list tops the list with Mexico a distant second and Philippines at the bottom.

There is even a town in Gujarat, India called Palitana that claims to be the world’s first vegetarian city and has made it illegal to buy and sell meat, fish and eggs.

Lacto-Ovo diet consists mainly of all the fruits or vegetables, and apart from that even eggs, honey and milk (plus other dairy products) are NOT off limits!

Lac is Latin for milk and Ovo is egg, that shouldn’t bother your brain as to why this diet is called specifically so because NO OTHER MEATS besides egg. If you want more, name that diet a little bit different than this one.

Also, why do people still find Latin fancy enough to name everything scientific? 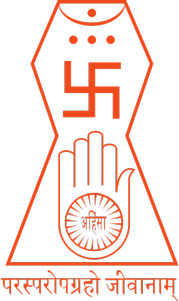 Jain vegetarianism is a rigorous process of following the path of ahimsa or non violence. It forbids to consume anything which may harm any kind of life forms, one doesn’t even eat vegetables like garlic and onions, since they are gathered by uprooting the plants and disturbing the micro-organisms!

Jain vegetarians only eat fruits, grains and vegetables except onions and garlic.

Himsa or violence accumulates bad karma over the time and it really doesn’t seem a lot at first but after a few years of accumulation, bad karma then shows its true color when you are about to invest everything in your new start-up.

As recorded in the great ancient texts and twitter for the past 7 years or so.

The brother diet to Jain vegetarianism, Sattvic diet is based on the energy a type of food gives to a human body.

And those foods that stand in the middle of these two, which neither take anything away from the body nor give anything as well are called Sattvic foods. Seasonal veggies, fruits, some dairy products, spices and herbs subject to certain conditions are considered Sattvic.

And now let’s go to the diet types where they cut all of humanity some slack and let them go easy with their lives. The Semi Vegetarian diets.

Kind of like the lacto-ovo diet, the Pescetarian diet allows your guilty soul to eat fish, season, eggs, all vegetables and fruits (even the unnaturally fallen ones) grains and whatnot and still be called a vegetarian *cough*.

The main thing of this diet is that it allows fishes and other seafood but no other meat.

Keep everything we just said in our “Pescetarian” title and only replace “fish” and “seafood” with “chicken” and “poultry”.

There you go, there you go, hey even we can do this, create new diet culture we meant, how about uhh, coco-tarian? For chocolates and stuff. Eh?

Fun Fact: Lab grown meat is a reality and might reach stores by as early as 2021.

Meat has successfully been grown in labs without slaughtering animals. A lab grown burger was cooked and eaten at London press conference in 2013. A food critic who tasted the burger said “it’s close to meat, it’s not that juicy, but the consistency is perfect”.

Also called cultured meat, it is a form of cellular agriculture and whish whoosh, by 2021, it may be well in the markets!

That’s all and oh yeah, anything in salad that you may want to add plus milk products. 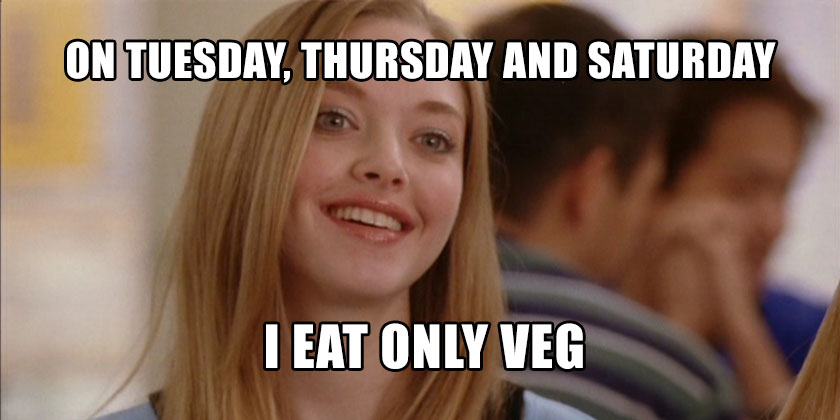 You love your veggies and include it heavily in your diet but occasionally eat meat, milk products and seafood. This qualifies you as a semi-vegetarian, like the majority of Indians who do not consume meat as frequently as the rest of the world.

We sure hope that in this list of weird human struggles, we may have given you some solace as to where your allegiance lie or at the very least we entertained you.