Calories in different kinds of Alcohol – Think before you Drink

What a grim subject!

What a grim time!

What a grim need!

Well it is as it is…and so with heavy hearts, we must don the cape of the villain and twirl our united mustache in malice…

…and bring up a few calorie counts and facts to you, dear loyal readers, for you to know exactly how much of a pain you turned into bodily fat last night.

Go and prepare one large one for this one – yeah, yeah irony and all and drink up me hearties yo ho! 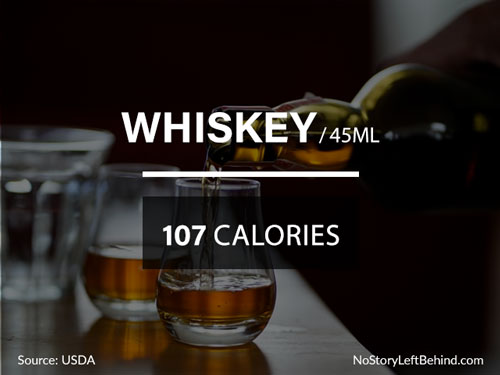 Oh pain, thy name is us.

What fun, we start with whiskey or whisky, word “whiskey” is commonly proper in USA and Ireland and word “whisky” is in the other whiskey producing countries.

There’s an actual bone of contention among people for which name is more accurate! We are going with whiskey here, because god knows we need more semblance than ever before.

Around in 2nd millennium BC, this mother’s pat for your average burley men of seas and yore, was produced (there’s a contention in this history too, but let’s forget that in the name of Whiskey) in Babylonia.

Made from distilled grains like barley, corn, rye and wheat, it is then made to age in wooden casks. 45ml of its serving holds 116 calories and without being gloomy let’s move to Vodka. Yup, let’s go all in!

Fun Fact: Indians consume the highest amount of Whiskey in the world.

Not just that, nearly half the Whiskey manufactured in the world is consumed by Indians.

According to this report, Indians consumed 1.5 billion liters of whiskey in 2014, followed by the USA at 0.4 billion and France at 0.14 billion.

Officer’s Choice, a Whiskey manufactured in India, is the largest selling whiskey brand of the world! In 2017, despite having a bad year, relatively, Officer’s Choice sold 31.7 million whiskey cases, wherein one case holds 9 liters of the good stuff. 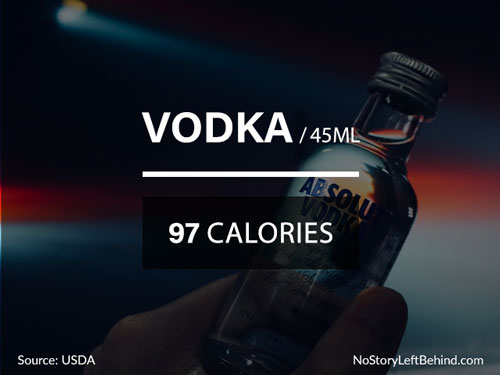 A manly sounding manly drink from manliest portions of the world, Vodka is a clear distilled alcohol, made from water, ethanol and Mother Russia’s armpit sweat beads – in Poland and Russia, yeah!

Vodka is made from a Slavic word called “voda’ which means water which scholars deduced was named as it was secondary water to the men and women while being alive in the Iron Age.

Recorded first time around in 1400s, it was first used as medicine and cosmetics, then someone’s heart broke and they found the enlightenment in their rolling down mascara. 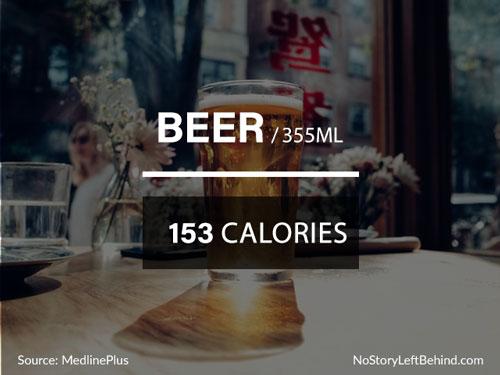 Quite possibly the Jesus of Alcohols, beer is for kings and beer is for the downtrodden as well.

Beer is single handedly responsible for the rising Pub Cultures around the world, don’t forget celebrations like October-fest and the times around football World Cups require madness and beer. They both go hand in hand, and that is why check the picture above – that’s what you get in 355ml of regular beer. And now come back down to earth.

Back in 2010, a herd of 70 elephants drunk on hooch went on a rampage that left 3 people dead and damaged around 60 homes. The alcohol was meant for a local festival which the villagers stored in several containers. This was found by the elephants who drank it leading to the incident.

As bizarre as it might seem, it one of many such reported incidents and is not limited to Elephants alone. Chimpanzees, too have have attacked humans after being intoxicated. 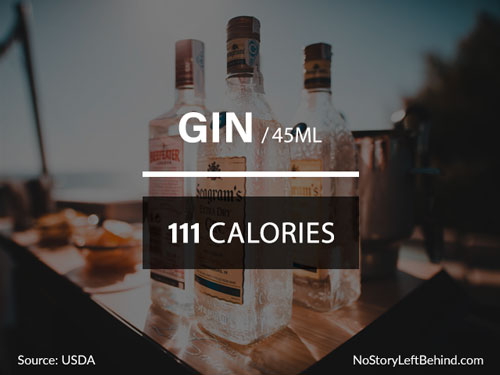 A spirit, with a large variety of it, Gin is made mainly from Juniper berries. Gin is the sweet, sensible and sometimes freaky middle child of alcohols.

First found records of Gin are from the 13th century. Gin is derived from “genever” an old English word meaning “juniper” how subtle!

A regular shot of Gin gets you around 111 calories. A wise substitute for wise old men and women, who wanted to see drunkenness coming from miles away and stop. 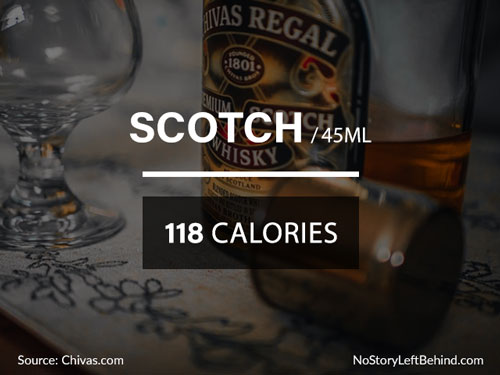 Scotch or Scotch Whiskey is made entirely in Scotland, and nowhere else! And even there, it comes under law to make this alcohol in pre-described fashion of the country, and this thing is an enforced law! It’s made from barley, rye or wheat and it is required to age in oak barrels for three years.

Scotch was introduced as an order to be made from an earlier Scottish drink called “uisge beatha” which means “water of life” around in 1494.

Well, yum, I guess. Now, see picture, that’s a little something else 45ml of Chivas leaves you with along with the good times. Cool let’s go.

Real life case of the statement – “you either die a hero or you live long enough to become the villain” – The founder of the Alcohol Anonymous, Bill W who saved thousands with his program demanded alcohol during the last days of his life.

He also experimented with LSD and felt that regular usage of LSD in a carefully controlled, structured setting would be beneficial for many recovering alcoholics. 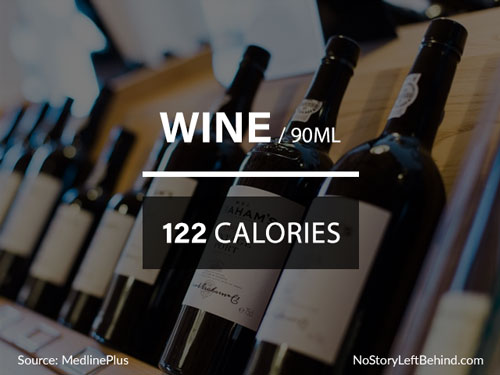 Wine is fantastic. Wine is the multi-talented younger sibling who would one day brighten the name of the family, unlike Uncle Vodka who just screams randomly.

Wine is of five kinds, before we begin, you must know, Red, White, Fruit Wine, Rose Wine and Honey Wine or Mead. Made from grapes, “wine” gets its name from them as well, “Winam” meaning vines of grapes is from proto German.

It’s been a while since we used the word “proto”. Cool. 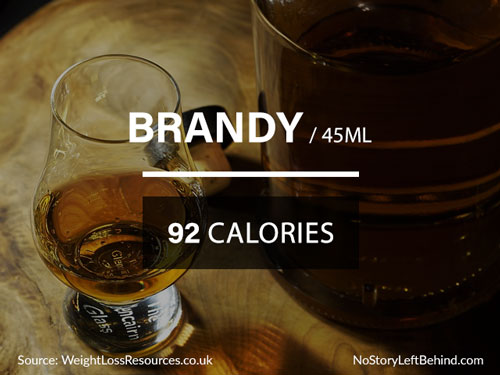 When you distill wine, you get Brandy.

Pretty commonly used an after dinner digestive “medicine” it is also used to keep oneself warm in winter season, yeah totally, no other way man, we know.

Two huge varieties of it are the Cognac Brandy and the Armagnac brandy.

See the picture, gasp at the lies of the gods, now keep yourself warm and let’s move on to the next pointer.

Fun Fact: You need to have a license to drink in Mumbai.

Although rarely enforced, this is very true.

According to the Bombay Prohibition Act of 1949, every drinker in Mumbai needs a government permit to consume or posses Alcohol. The permit comes in two forms – Daily and Lifetime costing Rs 5 and Rs 1000 respectively. If caught without these permits you can be fined Rs 50,000 or jail time of up to 5 years. 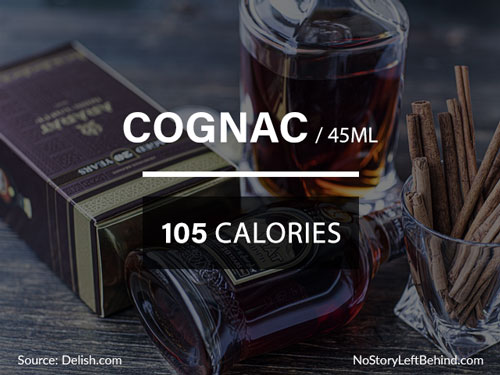 Cognac is of course is another type of brandy, but it’s so distinct in taste and legacy, it’s got its own mention.

Cognac is a place in France, after which this brandy is named due to the very distinct distillation methods of it, kinda like Scotch up above.

Made almost entirely, almost 90%, from Ugni Blanc, a kind of grapes found only in France, cognac is like an elder sibling who’s phasing between Fonzy and James Bond Sean Connery, in alcohol family.

Needless to say cognac is for those, who want to feel rowdy despite barely being one. 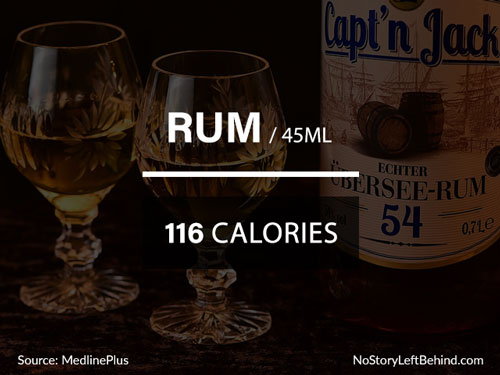 Rum is good, Rum is bad, Rum is all and Rum is none.

But why, oh why is all the rum gone, mate?

Huge part of the notorious pirate culture we love in our movies, establishing agent for the slavery industries, back when Hillary Swank wasn’t there to guide us and the magical ingredient in many military insurgencies like the Rum rebellion, count us in.

There two of these pups, light and dark.

Watch the calorie picture somewhere around this sentences, we can’t really point out at this stage and drink up me hearties yo ho.

Fun Fact: Alcohol that doesn’t cause a hangover will be available in 5 years

Is this a dream? No says the team behind Alcosynth, the synthetic alcohol that supposedly won’t cause a hangover.

Professor David Nutt who created it claims that Alcosynth can target the Gaba receptors in your brain that induce tipsiness while avoiding the ones that cause the side effects like headache and nausea.

“It will be there alongside the scotch and the gin, they’ll dispense the Alcosynth into your cocktail and then you’ll have the pleasure without damaging your liver and your heart” he said.

Bold claim Professor! I guess we’ll just have to wait to find out. 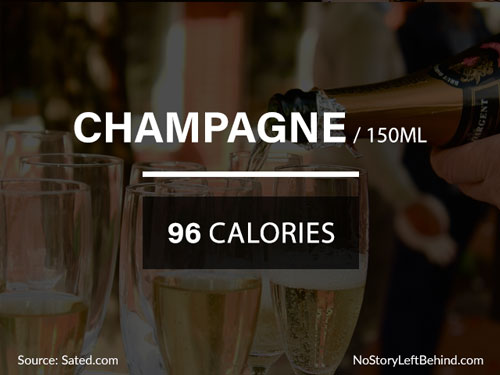 The rich grand parent who may leave you all or nothing, so you be good to him/her, is what champagne is in the alcohol family.

Also made with grapes produced in the Champagne region of France, it is pretty illegal to label any “sparkling wine” as champagne in many EU countries.

The picture shows how much calories it stores in 150ml, and with that we would like to move on from here like commoners of yore. 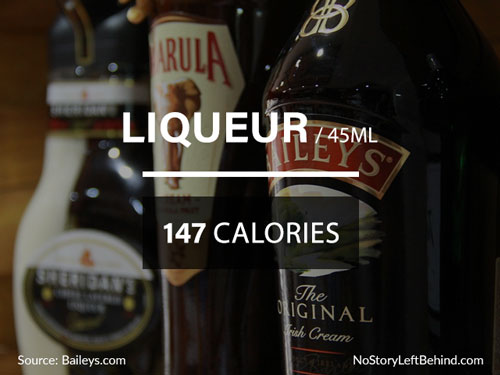 What canned tuna is to freshly cooked tuna, Liqueurs are to the genuine alcohols.

Or canned liquors, bottled beverages with added sugar and lesser passion, these are like your transcript of your Whatsapp messages with your beau, before the network suddenly failed while on a trip.

Not the real thing, but eh it works.

There are many types of derivatives for it and thus the same amount of types – berry, chocolate, coffee, cream, fruit, flower, crème, herbal, honey, nut, whiskey and many others.

Seem delicious, yeah they are but due to added sugar they pack in lot more calories. For example, 45ml of Baileys Irish Cream has a good load of 147 calories in it.

Male flies, when rejected by their female counterparts for breeding, then seek out alcohol, just – like – us!

Researchers gave one section of male fruit flies the chance to mate with virgin females and another to mate with already mated females, who rejected the new set of male flies…resulting in craving for alcohol. 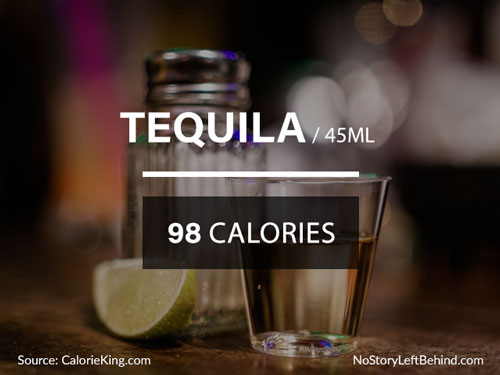 Drinks made from blue agave plants in the Tequila region of Mexico.

Tequila is the uncle in your family you suspect has ties to the underworld, despite being presented with facts. Because goddamnit look at him!

And that is it, we end this betrayal of friendship and wash our hands off of this mayhem in the name of presenting the facts for our readers.

And now it’s up to you guys to stay strong and fit, however if you want some support, checkout our other articles on doing exactly that.

And again, drink up me hearties yo ho…wisely.