The Story Behind 13 Superstitions in India

India is home to many things and practices which are hard to find anywhere else on the planet e.g. dogs sleeping in ATM’s, cows with ID cards, a family of 5 on a moped, spending a life’s saving on a wedding, spa for elephants and many many more.

But one thing among others that we share with the whole world in equal amount are superstitions!

So today, we come together and try to find out what are the 13 most hip superstitions in the market today and how did they come to be.

1. You should not cut your nails at night

Back in the day, when there was no electricity or nail clippers, people used knives to trim their nails. Now, trimming nails in the dark with a knife is never a good idea. And to add to the trouble, left over nails are a pain to clean in the dark.

But now that we have nail clippers and electricity thanks to Benjamin Franklin, we can trim whatever we want at night.

As is going to be the case with some of the examples listed here, not every superstition mentioned here originated in India.

This one goes back to the Egyptians and their God of the dead named Anubis. Now, this Anubis dude had the head of canine and was associated with mummification, embalming, cemeteries, tombs and the afterlife. This lead to people believing that a howling dog was Anubis calling a soul to him. 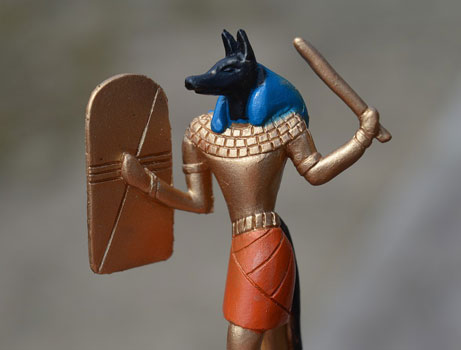 Why do dogs actually do it?

You see, dogs have a super power to listen and smell very well. They can pick up any sounds which are inaudible to the human ear. And at night there are many tiny sounds erupting from everywhere since there isn’t any disturbance like in the daytime. The dogs pick up all these sounds and try to warn their owners or other dogs of what they perceive as danger.

3. Don’t sweep the house after sunset

Reason #1: With no electricity people used candles, lamps or torches after dark which resulted in inefficient cleaning. There’s also the possibility that you might sweep out something valuable lying on the floor.

Reason #2: People believed that Goddess Lakshmi visits homes in the evening and finding you cleaning at the time will send her away. You wouldn’t want that to happen, now would you?

4. Receiving or giving money from your left hand

This ones very prevalent in India and can end up offending some people.

The idea is that we use right hands to do all the good things, like use tools, communicate and to eat. And for all the bad stuffs, we used left hand, things like wiping our asses and picking up trash while cleaning.

Now, coming to the money. In Hindu culture, the Goddess Laxmi is associated with wealth and so it is insulting to use the “dirty” left hand while transacting money. So there you go. 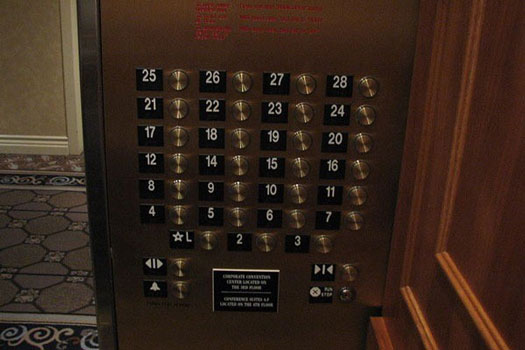 Why is 13 considered unlucky? Another fruit of the western beliefs and pop culture phenomena.

In the Bible, Judas, the guy who betrays Jesus arrives at the Last Supper as the 13th guest. Loki the god of mischief and turmoil arrived at number 13 in the guest list for a dinner party at Valhalla.

But wait, while the number 13 is considered ominous in the west it is thought to be lucky by the Hindus, Greeks and Thais. Zeus was the 13th and the most powerful God in the Greek mythos. In Hinduism, the 13th of every month is auspicious as its day dedicated to Lord Shiva. In Thailand, the 13th of April is celebrated as the beginning of the New Year.

Oh and by the way, this fear has got its own fancy sciency name – Triskaidekaphobia.

If you’re a true F.R.I.E.N.D.S fan you’ll know this word from a game played by Joey, Ross and Chandler.

And that figure is in the US alone!

This is because most people avoid taking flights, driving cars and just stay indoors due to the fear of this day.

Friday the 13th can happen up to 3 times each year and the next one is in September, 2019 followed by another one in December, 2019.

Like most things in life, its not that simple. An itchy left palm means money needs to paid by you while the right one means money is coming in. A few others believe the same thing, but with the left and right reversed.

The root of this belief is in palmistry and the belief that energy moves through the hands. The left is thought to be receptive and the right is active. So when the left palm itches it is looking for new energy or service which will cost you money. Itching on right palm means energy or service going out for which you get paid.

Some believe the black cat brings good luck while some don’t even venture out of their house when they spot one.

Why? Reasons are a plenty, but we’ll only list a few.

Did you know? Black dog syndrome is a phenomenon in which black dogs are passed over for adoption in favor of lighter-colored animals.

People refrain from buying black coloured dogs, instead going for the lighter toned animals. Happens with cats too!

That is the Black Dog Phenomena. It is thought to happen because people connect with the eyes and with black cats and dogs it is a bit hard to see them.

So what did the shelters do? They kept these dogs in bright kennels, adding bright colored bandanas on their necks and putting cheerful toys around them.

8. Eating curd and sweet before heading out.

The humidity and heat in Indian weather is always there like an unmoving uninvited uncle and his family.

And that is a bad thing even today, so imagine how it was back in the days. Curd serves as coolant for our stomach and sweets give glucose to go longer and lessen fatigue.

9. Don’t go out during the eclipse

Observing an eclipse even by mistake can cause retinal burns, people realized when Ramu from the neighboring village ran outside and turned his eyes to the skies.

And people found out not to do that. They even went a step ahead and completely stopped going out during the eclipse.

10. Sleeping with your head pointing North

Some believe that when you sleep facing the north, the magnetic pull of the earth interferes with the iron in our blood causing unnecessary pressure on the brain.

Scientists, however, disagree calling it pseudoscience stating that there isn’t enough iron in the blood to make a difference and that the magnetic field from the Earth is also very weak. 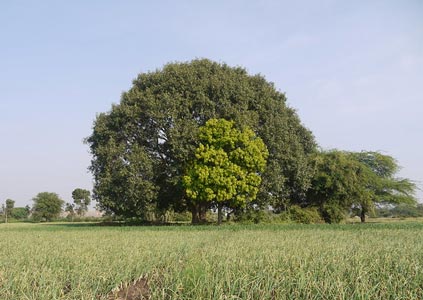 The Peepal tree is associated with Yama, the Hindu God of death and is often planted around crematoriums outside the village or city. Now, you wouldn’t want to be near something that is associated with death, right? This is the belief that has passed on to this day. 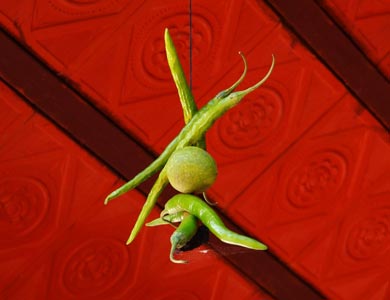 As per Hindu mythology, Goddess Lakshmi (the good God) had a twin sister named Alakshmi (the bad God) who is associated with misery and poverty. Alakshmi is said to be fond of chilies and limes, so people hung them at their door so she could take it and go away without entering their home.

As you can see this practice is quite popular and is followed by a lot of people in India. Parents put a black dot on the baby face with the hope that it will keep evil eyes and bad vibes away.

There we have it folks, 13 superstitions that are popular among Indian folks and we will be back with even more, because good lord, there are many.

Categories: Lifestyle
share TWEET PIN IT share share
Karnataka Political Crisis: How much is being spent on the “nataka” in Karnataka and Who is paying for it?
Learn the Millennial talk: 30 commonly used words